Professor of Art History, Classics, and in the Humanities 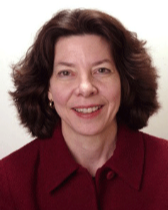 Ann C. Gunter’s work addresses the visual and material culture of the ancient Near East and its Eastern Mediterranean neighbors. Her primary research interests include artistic and cultural interaction between the Mediterranean and the Near East; the relationship between material culture and social and cultural identity; and the reception of ancient Greek and Near Eastern art in the nineteenth and twentieth centuries.