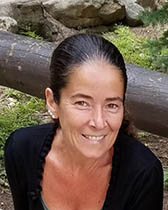 Francesca Tataranni specializes in the history of archaic, and republican Rome, with a focus on ethnicity in pre-Roman Italy. She has published articles on the ethnic identity of the Samnites and other ancient peoples of central and southern Italy. At Northwestern, Francesca teaches Latin language and literature and Roman history courses and serves as Director of the Latin program. Because of her interest in classical receptions in modern America, Tataranni is a major research collaborator in the Classicizing Chicago Project and has served as the convener of the Kaplan Institute Classical Receptions Research Workshop for the past three years. With the support of an Arthur Vining Davis Foundations grant and an Alumnae of Northwestern University Award for Curriculum Development she designed a digital humanities research seminar titled “Ancient Rome in Chicago” which produced a highly innovative virtual walking tour of the city. Tataranni is a 2009 winner of a WCAS Alumni Teaching Award, was elected eight times to the Associated Student Government Faculty Honor Roll (2007-2009, 2011, 2013-2016), and is the recipient of the 2017 Charles Deering McCormick Distinguished University Professor of Instruction Award.