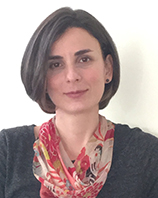 Graziela Byros received her Ph.D. in Classics from Yale University. Her research reconstructs the diverse individual and collective identities of Roman Dacia’s heterogeneous inhabitants, as reflected in the religious epigraphy and archaeology of this northern frontier province. At Northwestern, she teaches Latin language and literature as part of the undergraduate core curriculum, as well as literature and history courses that broadly explore evolving discourses on conquest, power, and identity in the Roman world, as reflected in literary, epigraphic, and visual media. She also teaches a course that examines the ancient Greek and Roman roots of modern medicine and its vocabulary.