Chair of the Department of Classics; Professor of Classics and Political Science 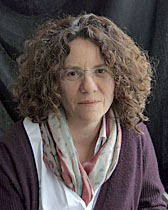 S. Sara Monoson is the author of Plato’s Democratic Entanglements: Athenian Politics and the Practice of Philosophy (2000). Her research interests include Greek political theory in historical context and classical reception studies, especially the history of appropriations of Greek philosophers in American political discourse (e.g., about abolition, war and peace, labor and industry, cold war, civil rights, education). She is currently working on two projects, Socrates in the Vernacular, a study of the figure of Socrates in 20th century popular media in the US, Canada and Greece, and Socrates in Combat, an account of the significance Plato attaches to military service and return in his theory of justice and in his portrait of Socrates’ distinctiveness.