Associate Professor of Classics and History 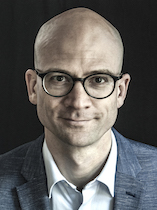 Taco Terpstra is a socioeconomic historian of ancient Rome. His core research focuses on Roman mercantile networks, economic growth and imperial state formation. In addition, he has an active interest in Roman material culture, having worked as an archaeologist and field director in Pompeii and Stabiae. His research has further centered on the archaeological and papyrological evidence from Roman Egypt. He is the author of Trading Communities in the Roman World: A Micro-Economic and Institutional Perspective (Brill, 2013) and Trade in the Ancient Mediterranean: Private Order and Public Institutions (Princeton 2019). In 2017-18, he was involved in a combined research and exhibition project at the Block Museum of Art at Northwestern University, which resulted in the edited volume Portrait of a Child: Historical and Scientific Studies of a Roman Egyptian Mummy (Block Museum, 2019, coeditors: E. Rönkkö and M. Walton). His teaching includes courses on Roman sociopolitical and economic history, methodologies of historical research and the archaeology of Roman Campania.