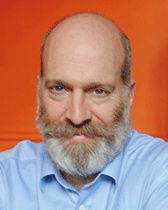 Will West works primarily in early modern literature, in particular English and European performance traditions, and on the metamorphosis of classical traditions in Renaissance Europe. He studied Classics at Yale University and Corpus Christi College, Oxford University, before earning a Ph.D. in Comparative Literature (Michigan). West has written Theatres and Encyclopedias in Early Modern Europe (Cambridge UP, 2002) and co-edited Robert Weimann’s Author’s Pen and Actor’s Voice: Writing and Playing in Shakespeare’s Theatre (Cambridge UP, 2000) as well as a Festschrift honoring Weimann, Rematerializing Shakespeare: Authority and Representation on the Early Modern Stage (Palgrave, 2005). He contributed a short history of encyclopedias before the Enlightenment to the 2013 Venice Biennale catalog. Current research includes projects on the experiences of playgoing in Shakespeare’s London, and the philology of Angelo Poliziano. In 2007 West was awarded a place on the ASG Faculty Honor Roll. In 2012-13 he was an NEH Fellow at the Huntington Library, and in 2015 he was an Invited Professor at the École Normale Supérieure-Lyon. He is currently a Trustee of the Shakespeare Association of America and co-editor of the journal Renaissance Drama.