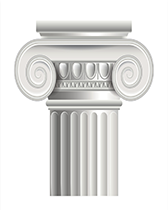 Tessa Cavagnero holds a B.A. in Classics from Knox College and an M.A. in Classical Antiquity from the University of Kansas. Her Master’s thesis, entitled Medea nunc sum, examined the relationship between ekphrasis and self-actualization in Seneca’s Medea, and argued against the school of thought that insists Seneca’s plays were written with recitation rather than staged performance in mind. Her main research interests are Greek and Roman tragedy and their relationship to modern film, especially horror film. She is also interested in modern authors whose work refers to horror film, such as Mark Z. Danielewski, and in ancient authors whose work relates to but does not take the form of staged tragedy, such as Lucan. Other interests include women’s and lesbian studies and literary portrayals of witchcraft. When not glued to her desk at work, she enjoys playing violin, writing original poetry and fiction, and translating classical texts into English.